Nowadays, no one can imagine their life without a smartphone packed with different kinds of applications. Lots of these apps are created to make a human’s life easier, but still, most of them are games.

Why are mobile games so popular?

One of the reasons is diversity. Games let imagination thrive. Despite our age and preferences, we can, quite effortlessly, find a mobile game to our liking. Since most of the games are free, they happen to be the most affordable kind of entertainment. Mobile games are also one of the most enthralling ways to deal with boredom. According to recent statistics, mobile games are the most popular form of gaming. 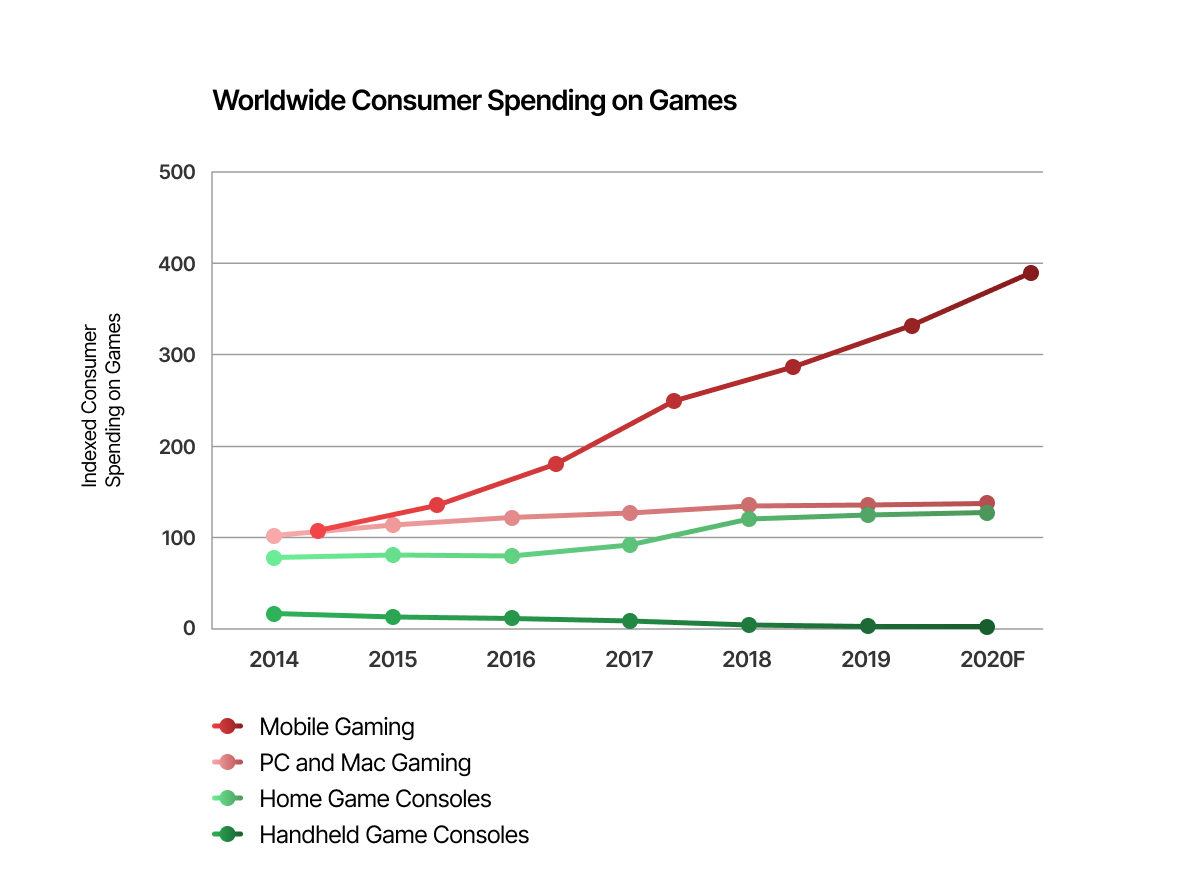 When it comes to creating an excellent product, you need to take a lot of details into account, which will help you achieve a successful launch and sustainable growth. When it comes to developing a game, there are so many different paths that you can take, and every one of them may be right. The gaming industry has plenty of success stories to tell, and many of them go beyond the common approach. Everything depends on whatever motivated you to create the game and on the things you’re ready to put into it: the idea, experience, money, soul.

What are these paths that you can take? To develop and launch a game, you will need to solve several problems — and the choice is only which of these tasks to start with.

What Are the Key Things to Think About While Creating a Mobile App?

Select the audience for which you'll design the game — children, teenagers, housewives, office employees, experienced players, etc. Or maybe you don’t have a target audience at all.

In the beginning, it may not be decisive. Though determining the mechanics of the game, you will somehow find a suitable genre.

Related: 12 Ways to Come Up with Great Mobile Game Ideas

What exactly will happen in the game? What are the rules?

It includes the environment where the action takes place in a game, the game theme, and the game story. Think about whether there will be characters in it or if your game is abstract.

You can choose the graphic style based on your idea, the target audience’s tastes, or your business goals.

Consider the steps for game promotion, which include a budget for an ad campaign, the services of ASO specialists and marketers, social media marketing, search engine optimization, bloggers, and much more.

Think about monetization of the game, if that's a part of your plan. There are many ways through which you can implement monetization.

Solve the issue of the source of funding for development and game promotion. You can use your funds, crowdfunding and investors, or share the costs and risks with the publisher.

Of course, you will need to choose the game engine. Nowadays, one of the most popular tools for mobile game development is the Unity platform. It is suitable for developing simple 2D games and 3D projects with a rich setting and sophisticated gameplay.

Find the right team that will invest their experience and knowledge into making your ideas a reality. And if you do everything right, the result will exceed your expectations.

Don't know where to start? It's easy. Think about what inspired you to develop the game. Let that be your guiding light, your starting point.

If your future game is intended to solve a certain business problem, you should first define the setting, theme, characters, and graphics style. You will most likely immediately define your target audience, narrowing the circle of the game areas.

Or perhaps you’ve got an excellent game mechanics or plot idea, the implementation of which you didn't find on the Internet or anywhere else. In that case, you should start from the concept and build it up like puzzle pieces: think through the style of graphics, your target audience, etc.

Maybe you just want to make some quick money, and why not? Dive into your target market investigation first, design many creatives and prototypes, and test hypotheses on a narrow audience. In the end, you will release a successful product.

Each game has its start and its path to success.

What Are The Different Types Of Gaming Apps?

To make it easier to navigate in the diversity of games, let's talk a little bit about their types.

All games are divided into the following types according to the complexity of gameplay and the development process:

They are distinguished by a simple control and a low entry threshold for the player. These games usually have simple graphics and settings. However, nowadays, mid-core games with a rich setting tend to simplify game control, such as the so-called clicker games. You don’t need to read the rules or get training in game control. Just launch, play, and turn it off at any time.

They also have a low entry threshold for the player. But they have a rich setting and include training at the beginning. 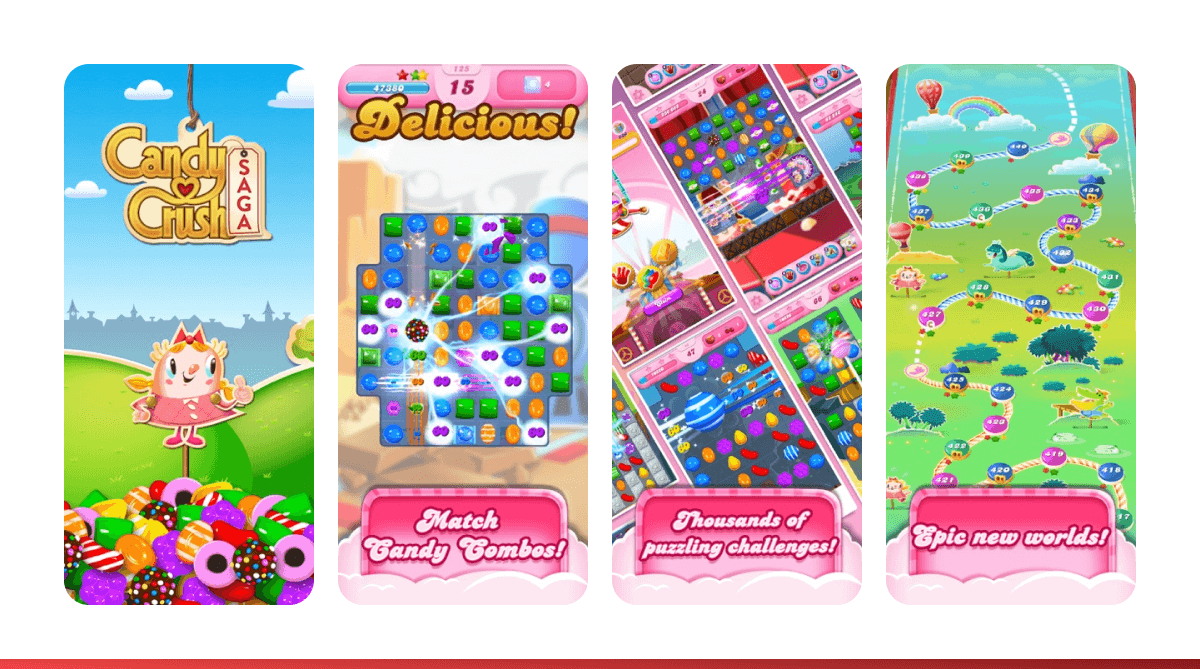 To achieve success in AAA-level games (pronounced and sometimes written as “Triple-A”), you need to spend a sufficient number of hours in the game. Training usually starts at the beginning of the game, which is not enough for success. In this segment, project development budgets are comparable to those of the film industry. AAA-level games are usually very demanding of hardware resources.

Let's go through the details and observe the existing kinds of video games. The most popular of them currently:

These are the types of games whose main goal is to complete a given puzzle. It can be a simple set of puzzles or a storyline that involves solving logical problems over the course of passing the game. Tangram, Flow Free, and 2048 are excellent representatives of this category. 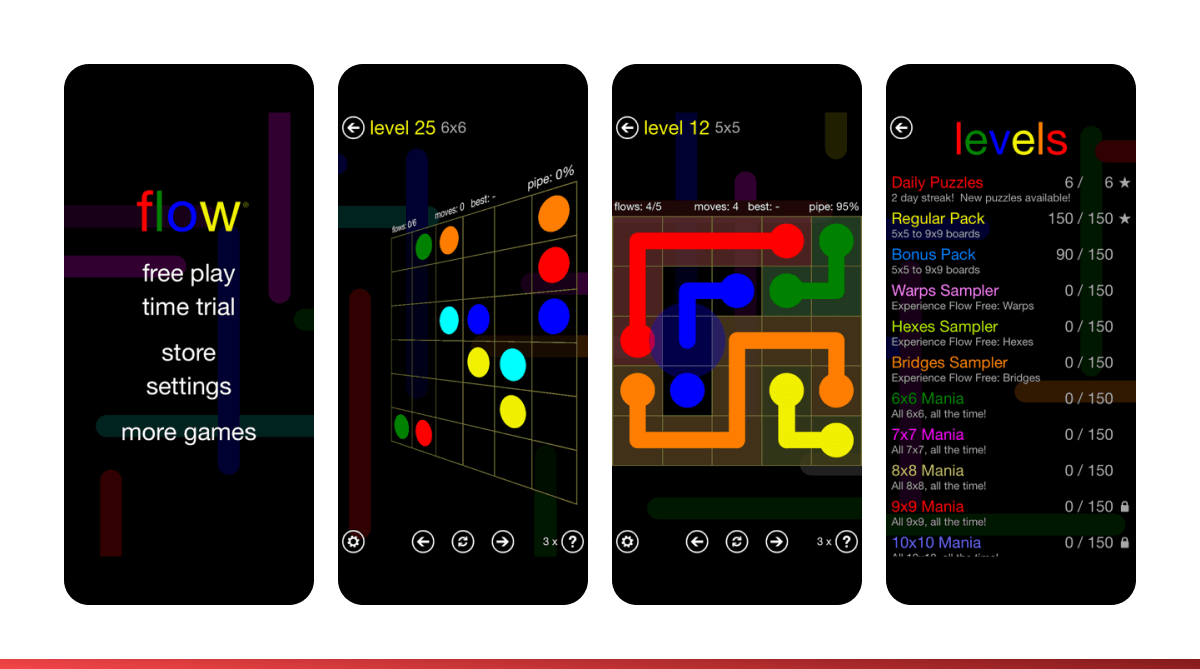 They are based on first-person control, with the primary focus on quick reaction and action planning. This genre includes a large number of games known as stealth games (emphasis on silent passage), shooters, adventure games, etc. - Resident Evil, GTA, The Walking Dead, and many others.

These games are based on the most accurate simulation of any real action. Racing simulators, kitchens, car service stations, and other simulators—all these games belong to this genre. 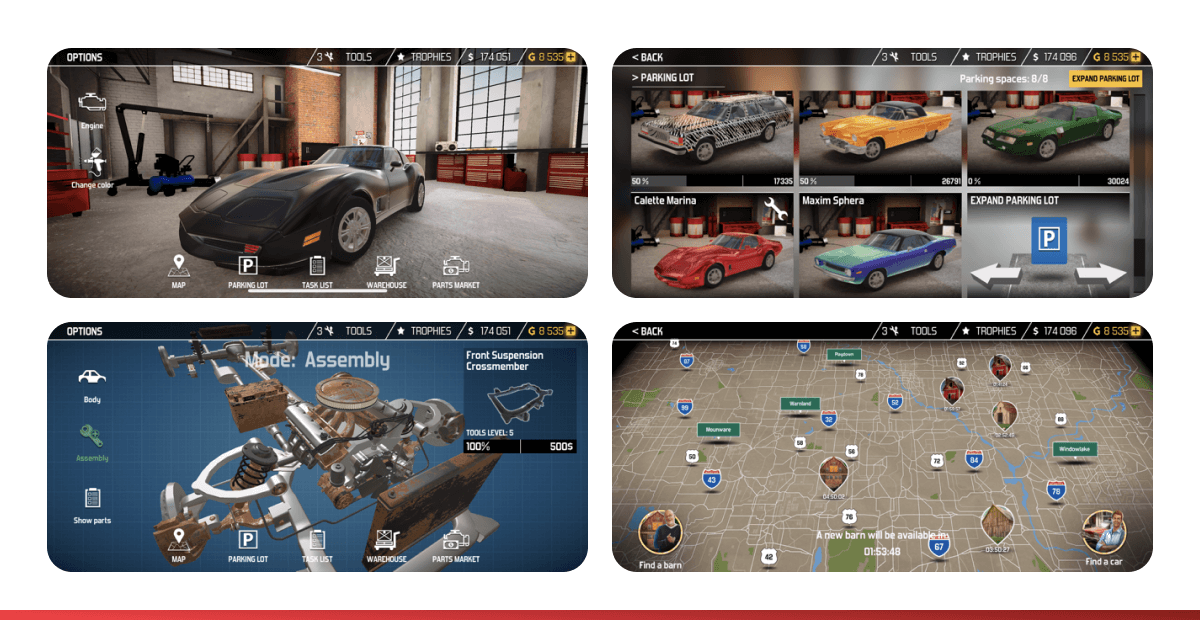 Role-playing games (RPGs) are based on the user who controls one or more main characters with specific characteristics. As a rule, these characteristics include strength, dexterity, level of protection, and individual skills. A distinctive element of the game is the ability to improve the character's skills during the game. Monster Hunter Stories, Sproggiwood, and Almost a Hero are famous representatives of this genre. 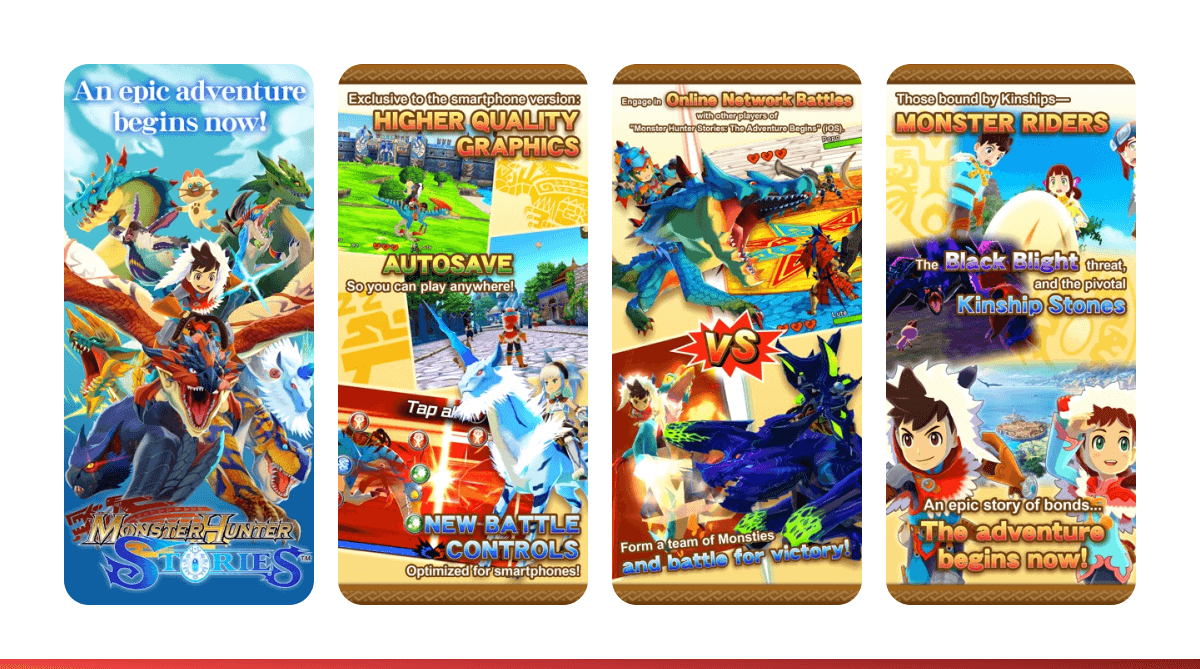 These are games where you need to use strategic thinking and plan your actions to achieve success. The game's main goal is to manage the available resources to accomplish any goals: defeating the enemy in military strategies, having troops in its composition and developing them, or infecting the entire world in Plague Inc.

These games are based on a musical component. In these games, you must either dance or play various instruments like a guitar, piano, etc. 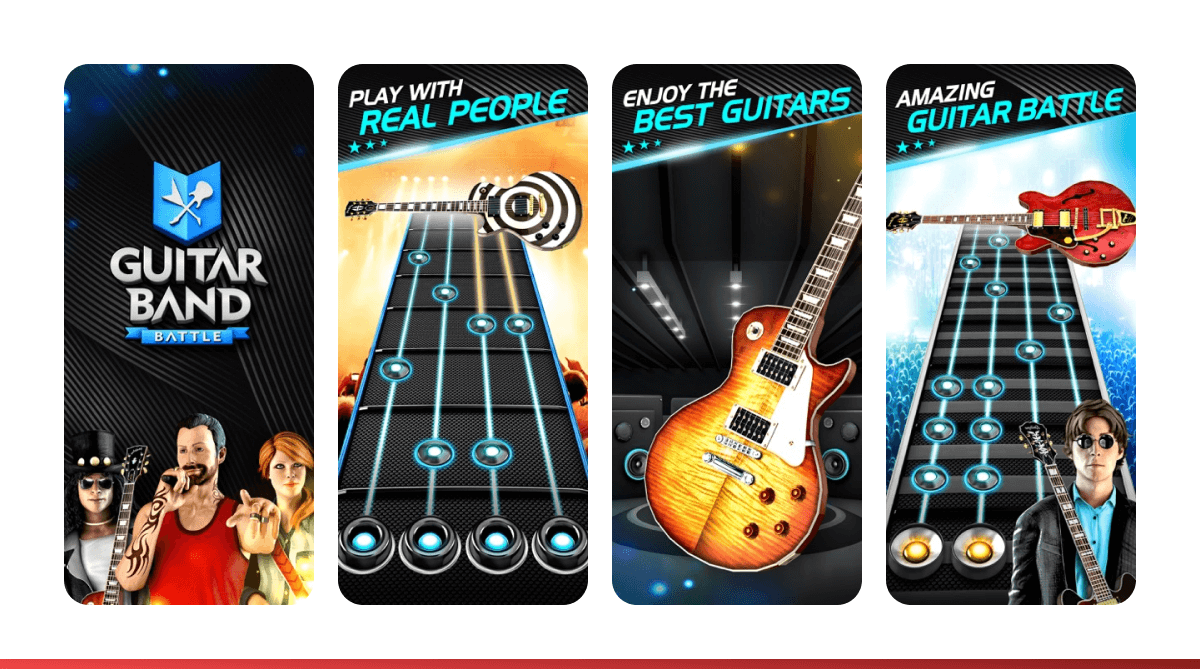 These are virtual analogs of board games such as chess, backgammon, etc. that we have grown up playing with our family members or friends. 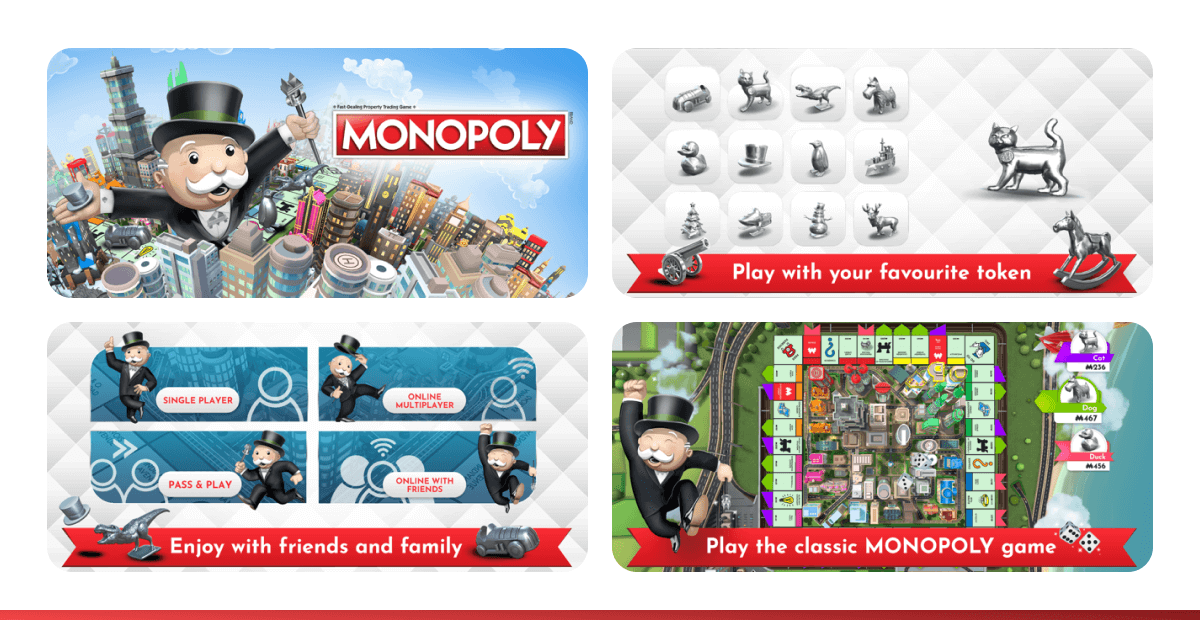 These are the types of games that involve learning new information and mastering new skills during the game process. 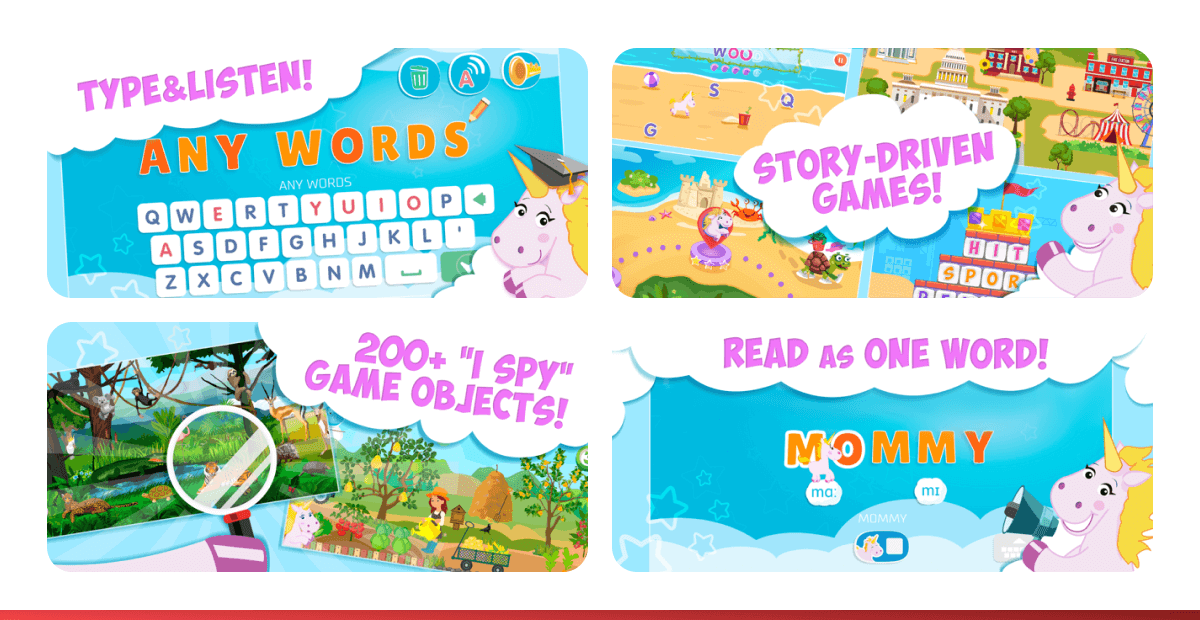 These are the games in which the distinctive feature is the presence of islands, ledges, and other elements where you need to run, jump to overcome obstacles, cliffs and precipices, and collect various items or destroy enemies.

It is quite challenging to create a mobile game just by writing code yourself; there are many game engines and tools that simplify the work thoroughly. To understand which engine is suitable for your game, you need to pay attention to the following characteristics: graphics, logic, programming languages, physics, 3D development tools, and interface solutions. Modern game engines make the work with databases much more manageable. Let's take a quick look at some of them:

How To Develop A Successful Game App

Now, let’s move on to the steps you need to follow, starting from the idea to the publication of the finished product.

1. When you've decided where to start from and have formed a project roadmap, a new stage begins — pre-production and preparation for development. It includes drawing up documentation, a business plan, a project plan, discussing the concept, design, the development budget, and many other details. At this stage, each point is essential because all of the above affects your success. The budget and business plan will allow you to understand what expenses you should spend on development, how much you can earn on the game, how profitable this or that type of monetization is, and so on. The game's design is also very important since it is the" face" of the product. First of all, the user pays attention to the "appearance" of the game, and if it is attractive, then continues to get acquainted with the app. Bad design can ruin even the most exciting idea —and this is one of the most important reasons not to save on design development.

2. Also, it is important to consider the ways of game monetization. There are many ways to make a profit from your product.

Related: How Much Money Can You Earn With an App?

3. After you finished all the pre-production stages, you have a prototype or demo version of the game. If the idea hasn't lost its relevance and attractiveness at this stage, you can move on to the next step — production, or development. If you have doubts, then it is better to develop a new prototype that will suit all parameters.

4. Production is the longest stage in which you do the main work and implement prototypes with all its features and details into reality. It is the most crucial part of the work, which takes up most of the time and money because several teams start working simultaneously: developers, designers, project manager, animators, sound effects department, and many others.

5. After the production stage, you will receive the beta version of the game — not yet the final version, but almost ready for release. At the same time, the main work falls on the testers. Their duties include testing the resulting product as thoroughly as possible, identifying errors, suggesting improvements, checking the application on various devices, and so on. At the same time, it is essential to pay attention to some details that may seem insignificant, but in fact, will significantly contribute to the success of the future game:

6. After all of the above, the game is sent for the final revision. All these long stages of development come to a logical conclusion — the game's release. The result is the final version of the game available in stores.

However, even after the release and successful launch of the product on the market, the work doesn't end. Many games require consistent support, latest update releases to engage the audience, and proper work on game promotion in stores.

Be sure that if you pay attention to the details at each stage of the project implementation, you will see that the result is worth the effort.

Well, now you know how to make a game app and how to monetize your game. If you need an expert mobile game development team, feel free to contact us. Our team of experienced developers will deliver the gaming solution you need taking into account parameters like budget and schedule.